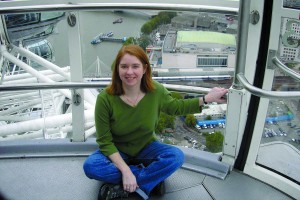 Stacia at the London Eye

Stacia Seaman has been an editor for almost twenty years. She has edited and proofread everything from  scholarly works to ESL textbooks to popular nonfiction to fiction, specializing in romance, mystery/suspense, science fiction/fantasy, and contemporary fiction.